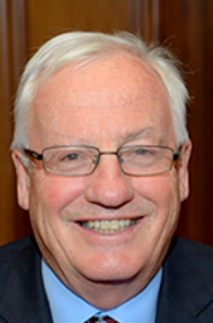 Sir William is a Supreme Court Judge, and former President of the Court of Appeal of New Zealand. He was appointed to the Supreme Court in June 2010.

Sir William graduated from the University of Canterbury in 1974 with an LLB with first class honours and was awarded the Gold Medal in Law by the then Canterbury District Law Society for being the top graduating law student in his year.

Sir William then completed a PhD at Cambridge University and returned to New Zealand to enter legal practice in Christchurch. From being a partner in his firm, Young Hunter, he became a Barrister Sole in 1988 and a Queen’s Counsel in 1991. In his QC role, Sir William acted in several high profile cases.

As a law practitioner, Sir William was involved with the New Zealand Law Society’s educational programme. As a Judge, he has worked with the Institute of Judicial Studies which is involved in the training of judges. He is the principal author of the Institute’s Criminal Jury Trials Bench Book and written a number of academic publications.

"It is a privilege to be leading this inquiry.  All New Zealanders have the right to feel and be safe in their communities.  The Royal Commission plays an important role in helping to prevent a tragedy like this ever happening here again."

Biography of Jacqui Caine, Member of the Royal Commission.

Jacqui Caine (Ngāi Tahu, Kāti Māmoe, Waitaha), was New Zealand’s Ambassador to Chile, Colombia, Peru, Ecuador, and Bolivia, from 2015 to 2018. Since February this year, she has been working for Te Rūnanga o Ngāi Tahu. She comes from Bluff but currently lives in Christchurch.

Jacqui studied law and commerce at Otago University in New Zealand. She was a career diplomat and has had a number of roles in the New Zealand Ministry of Foreign Affairs and Trade including in the Trade Negotiations Division, Legal Division and Americas Division.

Jacqui has also served as the Deputy Ambassador to Singapore and Mexico and Deputy High Commissioner to Vanuatu.

"New Zealand is a peaceful, welcoming country.  We must do everything we can to keep our shores safe from acts of terror.  I'm proud to contribute to this important work."